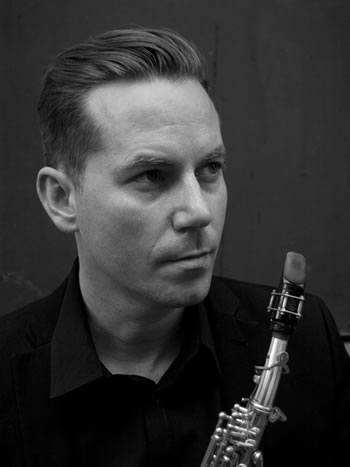 Graeme Blevins is a London-based, Australian born saxophonist. After graduating from the West Australian Conservatorium of Music in Perth, Graeme spent time in New York studying with Chris Potter and Seamus Blake, before relocating to London. Graeme has recorded and toured with Phil Collins (Going Back, 2009-2010), Robbie Williams (Swings Both Ways, 2013-2014), Kylie Minogue (X, 2008-2010), and was a member of the Kyle Eastwood Band (Clint’s bass playing son) from 2006-2014. In 2019 Graeme was one of the incredible band members who toured with Mark Knopfler on his world tour. As a freelance musician, Graeme has performed with Quincy Jones, Charlie Hunter, Mark Ronson, Tom Jones, Taylor Swift, Martha Reeves, The Royal Philharmonic Orchestra, amongst others; in addition to recording many albums, film scores and TV shows.

Graeme is a member of the Delta Saxophone Quartet, presents workshops and masterclasses at the Royal College of Music, Guildhall School of Music and Drama, and is an Associate of the Royal Academy of Music.